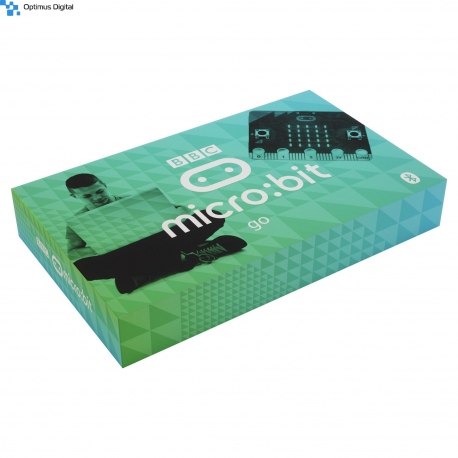 The MB158-US from Element14 is a BBC micro:bit go single board computer. Get creative, get connected & get coding with the BBC micro: bit go.

This product is no longer in stock

Notify me when available
Rating

The MB158-US from Element14 is a BBC micro:bit go single board computer. Get creative, get connected & get coding with the BBC micro:bit go. It is a complete set containing all the parts and four inspirational ideas to get started with the BBC micro:bit. The BBC micro: bit is a pocket-sized computer that user can code, customize and control to bring user's digital ideas, games, and apps to life. Measuring 4cm by 5cm and designed to be fun and easy to use. The BBC micro:bit is completely programmable. That means each of its LEDs can be individually programmed as can its buttons, inputs and outputs, accelerometer, magnetometer and Bluetooth smart technology (connect the micro:bit to other micro:bits, devices, phones, tablets, cameras and other everyday objects). It has 5x5 LED matrix with 25 red LEDs to light up and can display animated patterns, scrolling text and alphanumeric characters.