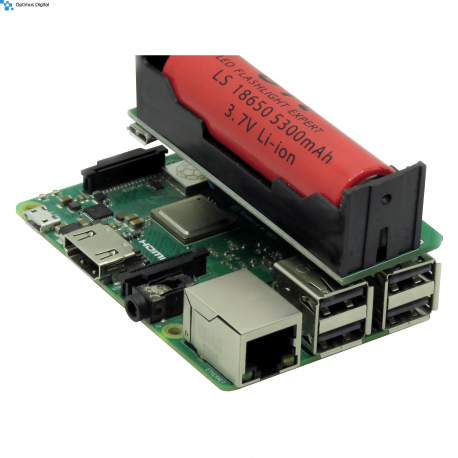 Sequent Microsystems Watchdog with Battery Backup for all Raspberry Pi’s

If you use your Raspberry Pi for any mission critical project, you need the Super-Watchdog with battery backup. The watchdog measures only 87mm * 28mm but packs a lot of functions. 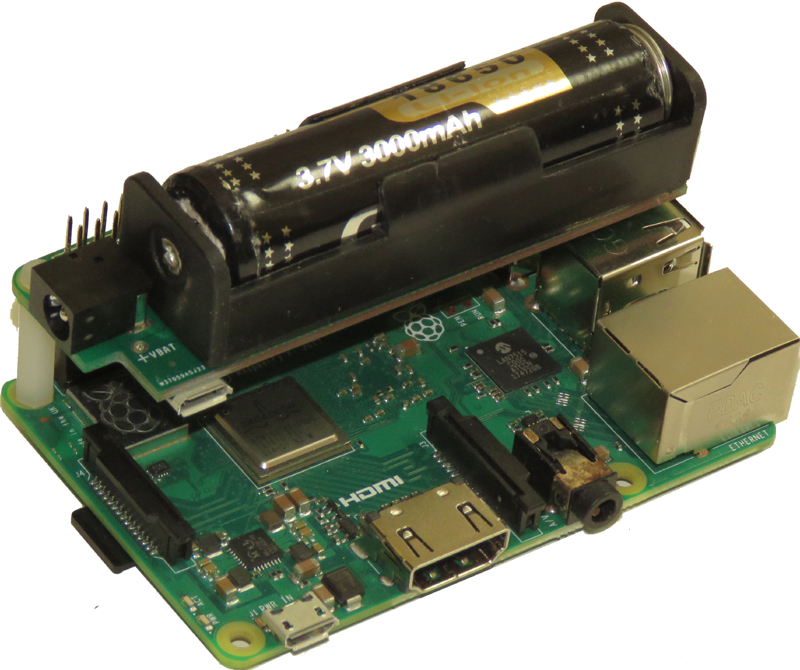 The Raspberry Pi Watchdog provides the safety required by mission critical projects, implementing two major functions. It power-cycle the Raspberry Pi in case of software lock-up, resetting not only the Pi but also any peripheral attached to it, and it prevents SD-Card failure in case of power loss, by allowing the Raspberry Pi to shut down itself safely.

The watchdog has a default timeout of 120 seconds. Once installed, if it does not receive a reset from Raspberry Pi within 2 minutes, it cuts the power and restores it after 10 seconds.

The Raspberry Pi Watchdog has on board hardware to self check all the major functions. Self check is performed at each power up. The on-board LED is flashed rapidly (5 times per second) if a hardware error is detected, or slowly (1 time per second) to indicate normal functionality. The LED is turned on if the watchdog resets the Raspberry Pi, and off is the Raspberry Pi is powered down for a specific time interval.

The Raspberry Pi Watchdog is compatible with all Raspberry version B+, 2, 3, 4 and Zero. The card share the I2C bus using only two of the Raspberry Pi’s GPIO pins to manage all eight cards. This feature leaves the remaining 24 GPIOs available for the user.

The Raspberry Pi Watchdog needs 5V to operate. For your convenience, the board is equipped with two power connectors: a micro-USB connector similar with the one found on the Raspberry Pi boards, and a 2.1mm barrel connector found on many standard 5V power supplies. In order to operate, the watchdog must provide the power to Raspberry Pi.

User’s Guide and Schematics of the Home Automation card can be downloaded from our website.

If you are a software wiz, write your own Home Automation program in C, C++, PERL or the language of your choice using the Command Line system or Python Drivers. 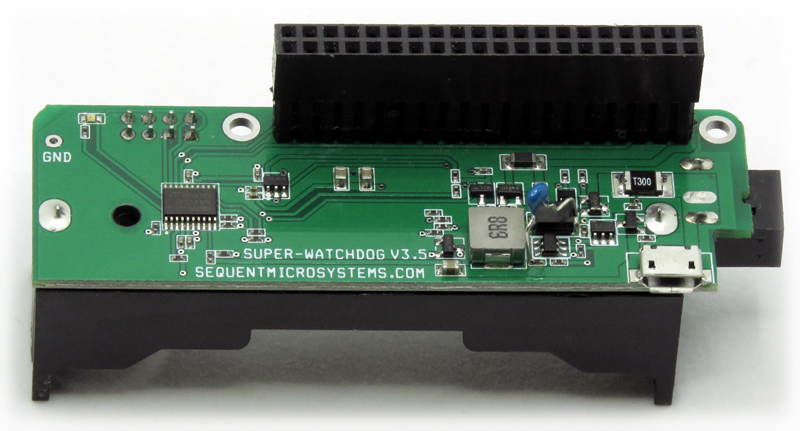 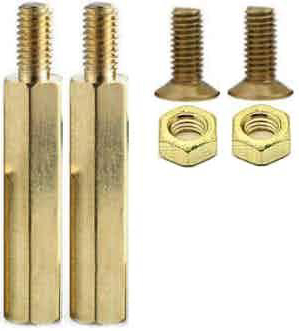 1. Plug your SUPER-WATCHDOG card on top of your Raspberry Pi and power up the system from the watchdog.

3. Install the wdt software from github.com: