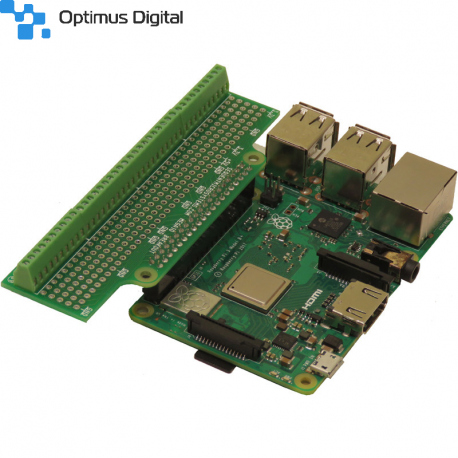 This card can be used both for Raspberry Pi and for the HOME Automation Card. The 2×20 pin header can be plugged into Raspberry Pi or into any stackable expansion card. It brings all 40 pins to screw-mount terminal blocks for conveniently wiring your project. Measuring only 104mm x 52mm, the card adds a prototype area with 5 x 40 PCB holes spaced at 0.1″ apart where you can install your through hole parts for your own custom project. The terminal blocks accept 26 to 18 AWG wires and are rated 6A/150V.

The layout below shows the correspondence between the GPIO pins and the Raspberry Pi Breakout card.

USING THE BREAKOUT CARD with the HOME Automation Card

A 0-10V analog voltage output is one of the most common output signals used on process and HVAC instrumentation; due to the number of industrial controllers that will accept or input this signal. The Home Automation Card has 8 analog inputs which can read signals of 0-3.3V. If you want to read 0-10V signals, you need to add an external resistor divider. The Breakout Card Type 1 offers a very convenient way to implement this feature. 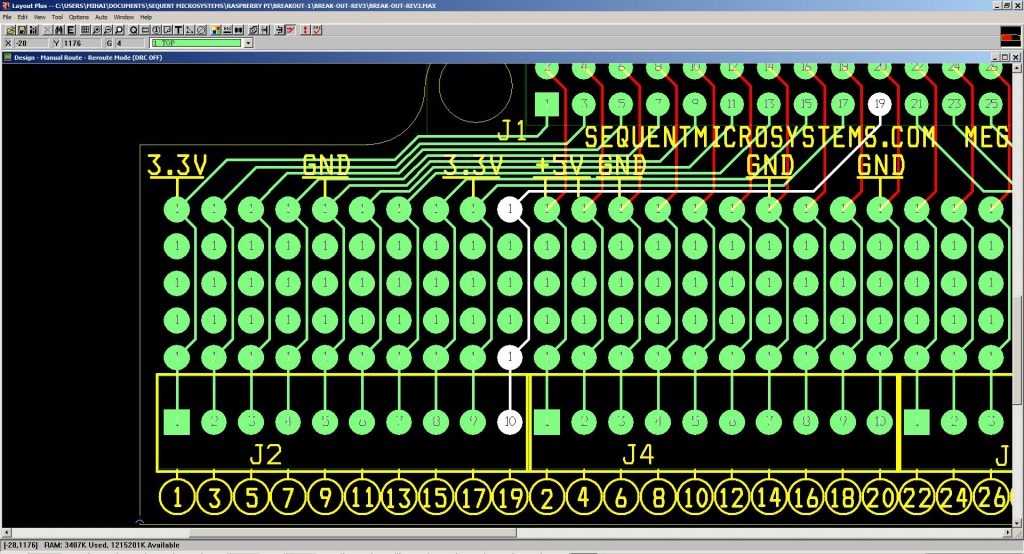 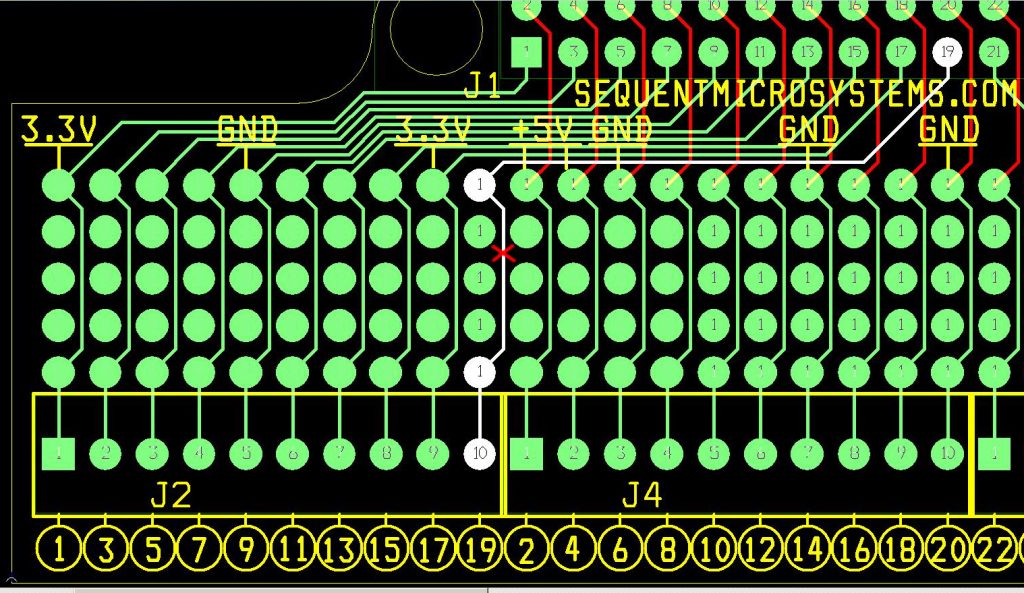 Cut ADC0 signal from breakout connector to the GPIO header

No more cuts or jumpers are required. You can solder the two resistors as shown in the picture below: 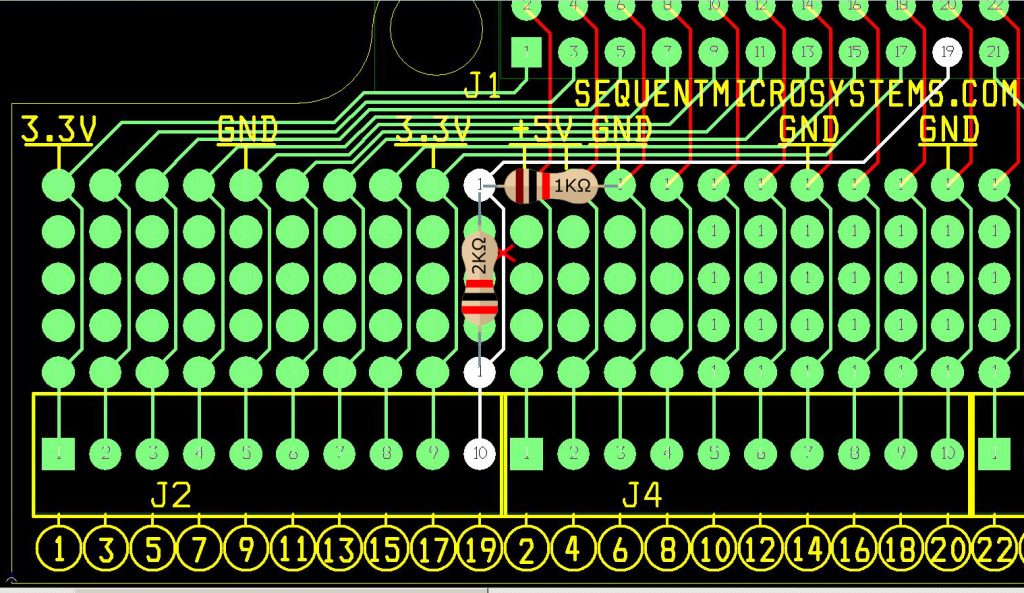 Now your Home Automation card can read 10V signals on ADC0. You can repeat the process for all analog inputs. You can also scale the input voltage to higher values using a different resistor divider.

ALL OUR RASPBERRY PI BREAKOUT CARDS

We have three breakout cards for Raspberry Pi, to satisfy all your prototyping needs. All cards plug into the Raspberry Pi 40 pin GPIO connector and bring the IO’s to different terminal blocks.

1. Screw Mount Breakout Card Type-1. The card has a large prototype area of 5 x 40 holes at 0.1″ spacing which can be used to test your own hardware. The terminal blocks accept 26 to 18 AWG wires and are rated 6A/150V.

2. Spring Loaded Breakout Card Type-2. This card uses spring loaded terminal blocks, which permit rapid connection to I/O pins without any tools. The card has a prototype area of 7 x 19 holes at 0.1″ spacing which can be used to test your own hardware. The terminal blocks accept 22-18 AWG wires and are rated 5A-300V.

3. Pluggable Breakout Card Type-3. This card connects the GPIO pins to heavy-duty pluggable terminal blocks. It can use used both for Raspberry Pi and for the HOME Automation Cards. The 2×20 pin header can be plugged into Raspberry Pi or into any stackable expansion card or HAT. The terminal blocks accept 24 to 14 AWG wires and are rated 8A/300V.