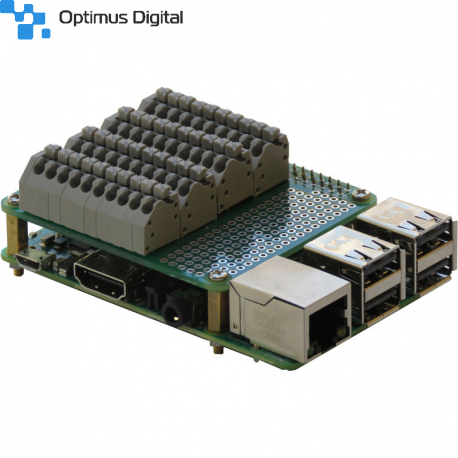 This card plugs into the Raspberry Pi 40 pin socket and brings all the GPIO pins to spring-loaded terminal blocks, allowing rapid connection to GPIO pins. The large prototype area of 7 x 19 holes can be used to test your own hardware. Laminated plastic, credit-card size index card shows all the terminal block connections. Raspberry Pi GPIO pins are brought out grouped by functions and color coded.

The plastic laminated card included with the breakout card shows the terminal block connection. The card represents a top view image of the four spring loaded connectors. The back of the card shows the Raspberry Pi GPIO pins. 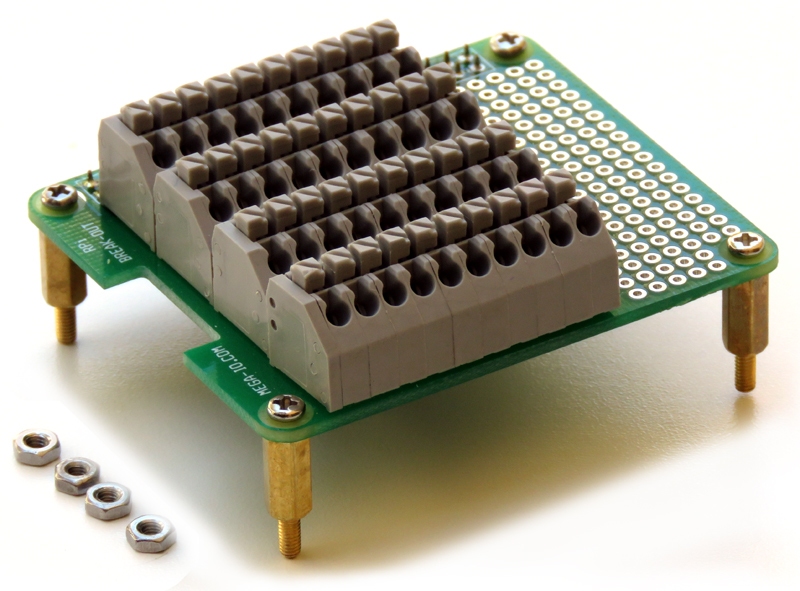 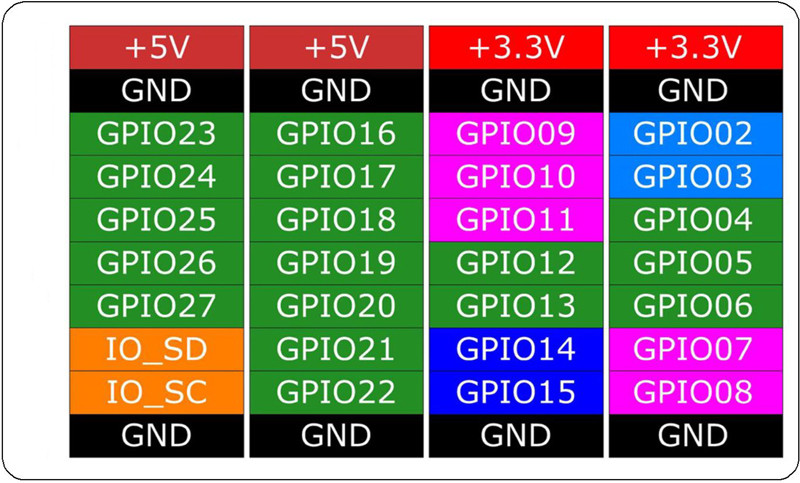 ALL OUR RASPBERRY PI BREAKOUT CARDS

We have three breakout cards for Raspberry Pi, to satisfy all your prototyping needs. All cards plug into the Raspberry Pi 40 pin GPIO connector and bring the IO’s to different terminal blocks.

1. Screw Mount Breakout Card Type-1. The card has a large prototype area of 5 x 40 holes at 0.1″ spacing which can be used to test your own hardware. The terminal blocks accept 26 to 18 AWG wires and are rated 6A/150V.

2. Spring Loaded Breakout Card Type-2. This card uses spring loaded terminal blocks, which permit rapid connection to I/O pins without any tools. The card has a prototype area of 7 x 19 holes at 0.1″ spacing which can be used to test your own hardware. The terminal blocks accept 22-18 AWG wires and are rated 5A-300V.

3. Pluggable Breakout Card Type-3. This card connects the GPIO pins to heavy-duty pluggable terminal blocks. It can use used both for Raspberry Pi and for the HOME Automation Cards. The 2×20 pin header can be plugged into Raspberry Pi or into any stackable expansion card or HAT. The terminal blocks accept 24 to 14 AWG wires and are rated 8A/300V.