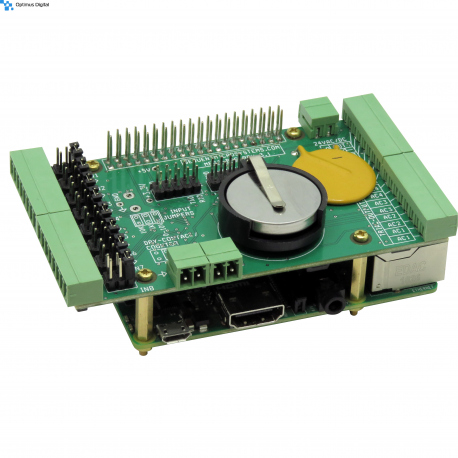 Brings to Raspberry Pi all IO’s needed for Building Automation Systems. Eight universal inputs can be jumper selected to process 0-10V signals, read 1K or 10K temperature sensors or dry contact counters. Four TRIAC outputs can drive loads up to 0.5A and 500V. Four 0-10V outputs can control light dimmers. Status LEDs display the state of all outputs. Keep time indefinitely even during power failure using the Real Time Clock with battery backup. Activate the hardware watchdog to monitor and power cycle the Raspberry Pi in case of software lockup. TVS diodes on all inputs protect the card for external ESD, and the on-board resettable fuse protects is from accidental shorts.

Connect the card to other Industrial Automation systems using RS485/Modbus communication ports. The RS485 can be driver either from the local processor through I2C commands, or directly from the Raspberry Pi using the dedicated pins on the GPIO connector, which are routed on the Industrial board to the RS485 driver. In and out connectors simplify daisy-chain wiring to other devices.

The Building Automation card requires a 24VAC/1A external transformer to operate and has to be powered from it’s own pluggable connector. The card supplies 5V and up to 3A to the Raspberry Pi on the GPIO bus. A local 3.3V regulator powers the rest of the circuitry.

All the IO’s are connected to heavy duty, 3.5mm pitch pluggable connectors which make field wiring very convenient for installation and debugging.

You can write your control system in C, C++, PERL , of the language of your choice using the Command Line system or Python Drivers. Or you can implement everything in Node-Red and display it in the browser using the Node-Red node.

Up to eight Building Automation cards can be stacked on your Raspberry Pi. Each card is identified by jumpers you install to indicate the level in the stack. Cards can be installed in any order. For your convenience, two stack jumpers and the eight input selection jumpers are provided with each card.

User’s Guide and Schematics of the Building Automation card can be downloaded from our website. 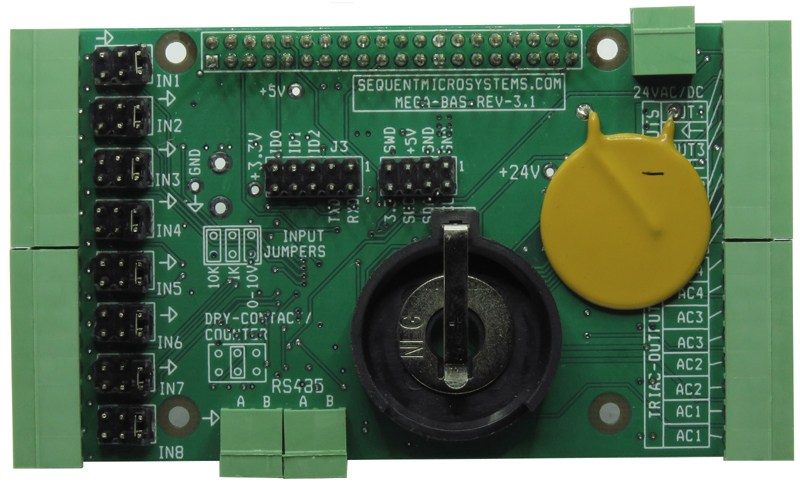 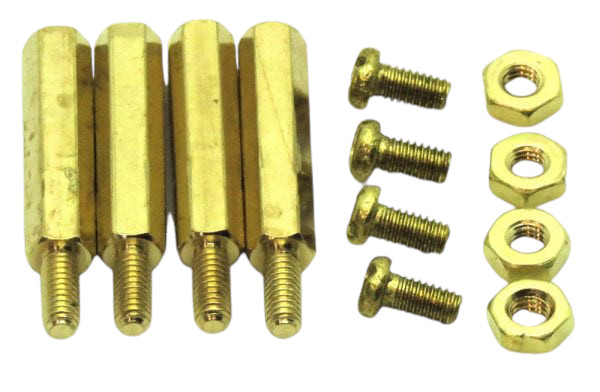 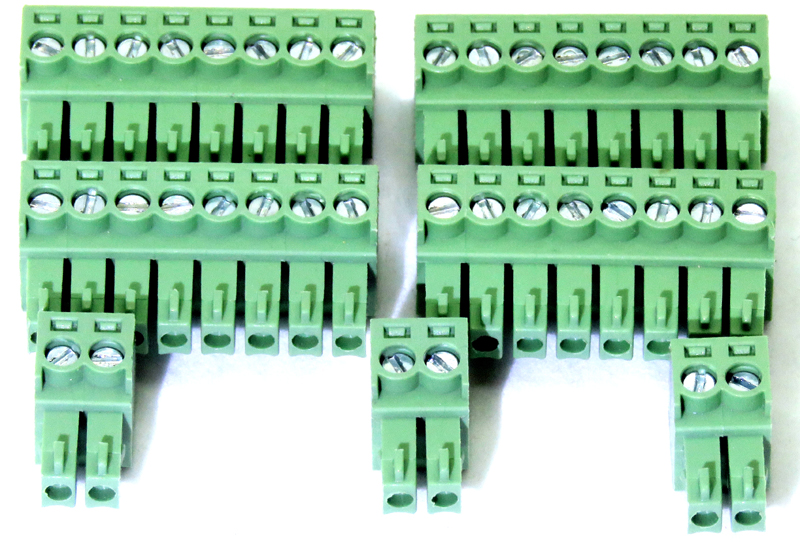 1. Plug your MEGA-BAS card on top of your Raspberry Pi and power up the system.

3. Install the MEGA-BAS software from github.com: